In Jewish tradition, the body (met or meta) is never left alone from the moment of death until burial. Shmira is the ritual guarding of the met/meta during this period. In the past, the guarding served as physical protection of the body from predators and desecration.

In our day, when physical protection is not so necessary, shmira serves the spiritual purpose of guarding the soul. It has been said that when the soul, neshama, departs from the body it has been united with for so many years, it yearns to return to the body, and so must be comforted.

The most common custom is to recite Psalms as a form of comfort. Other appropriate readings are acceptable as well. Torah study and prayer, however, are not part of the shmira ritual, nor is performance of any other mitzvah. The shomer (one who guards or watches) is not to remind the soul of the mitzvot he/she can no longer observe, nor of activities (such as eating and drinking) he/she can no longer perform. Shmira can be performed by members of the deceased’s family (though not by the primary mourners), by friends, or by members of the community.

In some communities it is customary to hire a shomer to stay with the met/meta. In Portland, we have made arrangements with both Holman’s Funeral Service and River View Cemetery Funeral Home for volunteer shomerim to sit with the met/meta during the day and overnight. Chevra Kavod haMet can provide a volunteer shomer for the time after tahara until the burial. We encourage family, friends and the synagogues to organize shmira from the time of death until our tahara team arrives at the funeral home to perform tahara.

In Jewish tradition, we come into the world pure and are to leave it pure. Tahara is a purification ritual for the body and soul (neshama) of the deceased. First codified in 1626, the essential form of the tahara is similar throughout the world and is performed by three to four members of the Chevra Kadisha who are the same gender as the person who has died.
After initially addressing the deceased by name, the met/meta is gently washed from head to toe as corresponding verses from the Song of Songs are read. For example, as the head is washed, one recites:

His head is like the most fine gold; his heaps of curls are black as a raven.

And as the body is washed, one recites:

Her body is as polished ivory overlaid with sapphires.

Next is the pouring of purification water over the body, preceded by a quote from Rabbi Akiva, which includes the following:

And I will pour upon you pure water and you will be purified of all your defilements and from all your abominations I will purify you.

Using pitchers, water is poured in a continuous stream over the entire body, while simultaneously saying, tahora hee (she is pure) or tahora hoo (he is pure). The met/meta is then carefully dried with cloth and, following a concluding prayer, is ready to be dressed in the ritual garments.

When COVID-19 hit our community in March 2020, we quickly modified our existing Tahara ritual into one which we perform as a team with a shared video connection. This new ritual, called “Tahara l’Nefesh”, has allowed us to continue doing all we can to honor the deceased in our community while ensuring the safety of our team members. Families have reported feeling deeply comforted knowing that this ritual takes place. And our membership has felt a deep connection to our holy work through these video gatherings. For more information about Tahara l’Nefesh please contact us.

We are often asked if we can perform tahara for an individual who was not Jewish. We are honored to perform a ritual for those who are K’rovei Israel (non-Jews who are a part of the Jewish community) that is similar to tahara called Final Kindness. It is in most respects the same as a tahara, but with a few differences that recognize the fact that the person who has died, while close to the Jewish community, is not a Jew. This ritual allows us to honor both the dignity of the one who has died and their connection to the Jewish community.

According to Kavod v’Nichum, “Final Kindness incorporates the honor and respect of the Jewish practices with a ritual that recognizes that this person is not Jewish. There is no Hebrew, and the liturgical elements are English readings. It is specifically not a tahara, though it has similarities, particularly in the approach to dignity and honor of the deceased.”

In Jewish tradition, the met/meta is not dressed in ordinary attire, whether everyday or formal wear, as in other traditions. Nor is the met/meta returned to the earth unclothed. After the ritual washing of tahara, members of the Chevra Kadisha dress the met/meta in ritual garments, the tachrichim. Just as the tahara ritual of purification is reminiscent of the ancient Kohen Gadol (High Priest’s) purification before entering the Holy of Holies to be in G-d’s presence on Yom Kippur, the day of Atonement (the only time during the year he entered the innermost chamber of the Temple), the tachrichim are reminiscent of the simple white linen garments that the High Priest wore on that day instead of the more elaborate garments he wore the rest of the year. 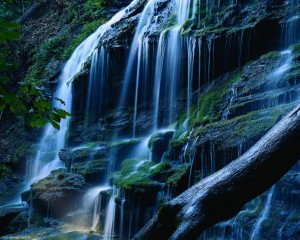 The tachrichim consist of five garments, a head covering (mitznefet), pants (michnasayim), shirt (k’tonet), tunic (kittel), and belt (avnet or gartel). Originally, the garments were made of white linen, according to the practice of first century CE Rabban Gamliel, who set the rabbinic precedent for simple, dignified and inexpensive funerals (at the time, linen was the least costly cloth available.) Today, tachrichim are sometimes made of other natural, biodegradable fibers. In Portland, tachrichim are supplied by the funeral home or the Chevra Kadisha at a nominal cost.

Members of the Chevra Kadisha will dress the met/meta in the tachrichim. The clothing is tied with special knots, symbolizing the Hebrew letter shin, the first letter of Shaddai, one of the names of G-d. In addition, the Chevra Kadisha will customarily place a kippah/yarmulke on the head of a man, and of a woman if it was her custom to wear one, and wrap a tallit (prayer shawl) around a man, and around a woman if she customarily wore a tallit for prayer. As the dead cannot pray, the tallit is rendered invalid as a prayer garment by removing one of the tzitzit (fringes on the four corners of tallit). Our tradition is to then place that tzitzit on the belt.

We are fortunate in Portland to have a dedicated group of volunteers who make the burial shrouds for our community. From donated pure white cotton, we create handmade, beautiful tachrichim. We are always in need of more volunteers for this critical work. There are jobs for people who cannot sew a stitch, and those who can. If you can’t sew, we can teach you. It is extremely rewarding work. We can also teach you how to sew the tachrichim for yourself, or your loved one(s). For more information please contact us.

The custom in the State of Israel is to bury the met/meta directly in the ground without a casket. In the Diaspora, the custom arose in the Middle Ages of placing the met/meta in a wooden casket, in Hebrew, the aron, or ark. Because Jewish tradition encourages a speedy return of the body to the earth, metal caskets are not used, nor is metal used as hardware on traditional wooden caskets. Some wooden caskets have holes in the bottom, so that the body is closer to the earth. 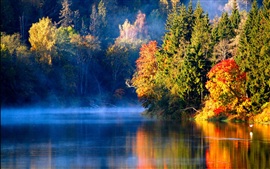 The caskets are unadorned, or in some instances identified as a Jewish casket by a wooden Magen David, a Star of David, on top. While any wood (or similar material subject to decomposition) is “kosher,” our tradition emphasizes that all human beings are equal in death as in life, and the preference is for the most simple and least expensive casket available, often referred to as a “plain pine box.” A wrapping sheet, or sovev, is placed in the casket, to be wrapped around the dressed met/meta. After the Chevra Kadisha has completed tahara and dressed the met/meta in tachrichim, the met/meta is placed in the aron and wrapped in the sovev. It is our tradition in Portland to place pottery shards on the eyes and the mouth, and to place earth from the land of Israel in the casket. No other objects are placed in the aron.

In some cemeteries, caskets are optional, and families can choose to bury their loved ones directly in the earth, using only a lowering board under the body and a protective shroud over it. For such burials, we will minimally alter procedures to accommodate the lack of a casket.

A traditional Jewish burial is, in most respects, a green or natural burial. Embalming is not a Jewish practice, and the body that housed the soul during lifetime is returned to the earth from which Jewish tradition says it was created. The norm of a Jewish burial is speedy decomposition, and to that end, only materials that will decompose rapidly are used to dress the met/meta and to construct the casket. Where cemetery rules require the use of a vault or outer burial container, concrete only liners are used, and the bottom is removed so that the casket can be placed directly on the earth.

We also frequently conduct green burials in which no casket is used. The deceased is lovingly shrouded in the same way as if a casket was being used, and secured to a lowering board. Some people choose to then cover their loved one with flowers. It is an extremely beautiful ritual which can deeply help the mourning process as we are more poignantly presented with processing the loss.