What is a Chevra Kadisha? 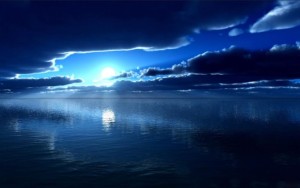 A Chevra Kadisha is a group of men and a group of women who perform the traditional Jewish ritual of preparing individuals for burial. This service is one of Chesed Shel Emet (ultimate kindness.) In order to maintain the dignity of the one who has died, the ritual is performed by Chevra members who are the same gender as the deceased. The community Chevra Kadisha in Portland, Oregon is called Chevra Kavod haMet (society for honoring the dead).

The mission of Chevra Kavod haMet is to provide traditional end-of-life ritual services with respect for the human dignity of the deceased. We are informed by tradition, but guided by modern life.

Jewish traditions of burial and mourning honor the deceased with a simple and dignified funeral. Chevra Kavod HaMet offers its services of ritual preparation of the deceased before the funeral. The trained men and women of the Chevra will respectfully perform the ancient ritual of tahara. In addition to providing for the ritual preparation of the dead, the Chevra, upon request, can also provide shmira (guarding) for the deceased from time of tahara until the funeral.

Members of the Chevra will perform tahara for any Jew from any congregation in the Portland, Oregon metropolitan area, as well as for those who are unaffiliated. In the case of a providing tahara to an individual who identified as non-cisgender, every effort is made to provide tahara services, including the gender of the shroud and gendering of prayer, according to the wishes and preferences of the deceased, if known.

Chevra volunteers operate without fee for their services. In nearly all cases, there is no charge to the family.

In 1979 a group of Neveh Shalom members, under the direction of Rabbi and Goldie Stampfer, began studying about traditional Jewish end-of-life rituals. It was in that year that Neveh Shalom hosted Rabbi Arnold Goodman of Adath Jeshurun Congregation in Minneapolis MN, author of “the Plain Pine Box,” for a symposium on the topic of traditional Jewish burial practices. After a year of study, Chevra Kavod haMet began to provide tahara (ritual washing and dressing of the deceased), shmira (accompanying the deceased until the time of the funeral), and meals of consolation for Neveh Shalom congregants and their families. A seminar on Death and Loss was held in 1985, with Dr. Herman Feifel serving as the keynote speaker.

By 1994, Chevra Kavod haMet had become an organization composed not only of Neveh Shalom members, but also of members from Havurah Shalom and Gesher. Today, Chevra Kavod haMet, one of two in Portland (the other being the Portland Hevra, which serves the Orthodox community), serves and is supported by members from Neveh Shalom, Havurah Shalom, Shir Tikvah, P’nai Or, Temple Beth Israel, Shaarie Torah, Kol Ami, Beit Haverim, and by unaffiliated members of the Portland metropolitan Jewish community.

Search this website
In Their Words
I feel that I have been blessed with the ability to do this mitzvah. Some people have beautiful voices and others play musical instruments. I feel that being able to perform tahara is a gift from G-d.
— Natalie, Englewood, New Jersey
Imagining the grace and respect my mother was afforded in death is an ongoing source of comfort. Her tahara affirms her abiding presence even though she has passed from this life.
— Helen, Daughter of Sabina Mager, z"l
In my entire life, I don't think I've done anything more worthwhile than serve on the Chevra Kadisha.
— Saul, New Orleans, Louisiana
The most rewarding part of doing a tahara is the sense of continuity of the lifecycle and the connection with the Jewish people historically. In many ways I get the same feeling when I light the Sabbath candles...It binds me to the community of Jews throughout the ages and throughout the world.
— Phyllis, Greenfield, Massachusetts
Knowing my parents' lifetime of dedication to Jewish living will end with this time honored tradition, and that they will be treated with the ultimate respect and honor, is of huge comfort to me and our family.
— Mark, Portland, Oregon
Knowing my grandmother was lovingly cared for by members of our community's Chevra Kadisha was such a comfort to me in my hours of grief. I had cared for her for so long. In the end, I felt so much trust in the women who continued to give her the love and attention she deserved.
— Sharon, Eugene, Oregon
Interested in Helping?
Chevra Kavod haMet is always looking for volunteers interested in assisting with performing the mitzvot of tahara and/or shmira. Please send us a message through the contact page and we will get in touch with you soon. Thank you for considering this meaningful work.
Member Login
You are not logged in.